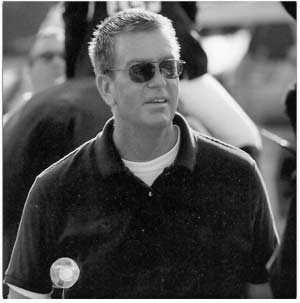 Dave Pellegrini is the owner and head trainer at Spring Mill Farm. Dave has developed some of the most promising equestrian talent in recent years. Dave’s reputation speaks for itself. Dave’s students have earned top honors in the hunter rings, the Grand Prix ring, and at all the major equitation finals, including the 2010 Pessoa/USEF and ASPCA Medals Finals Champion, Hayley Barnhill.

Dave has successfully matched many of his riders with their winning partners and is constantly shopping in the U.S. and abroad for horse talent.

Originally from Connecticut, Dave showed in the North East as a junior rider. Dave moved to Virginia to attend Virginia Intermont College where he earned bachelors degrees in both business management and horsemanship and an associate’s degree in retailing. Dave was also very active in the intercollegiate riding program where he won at the national level.

Since moving to Memphis in 1982, Dave has been an active professional serving on many USEF zone committees and the local West Tennessee Hunter Jumper Association board. He is also currently a member of the USEF Junior Hunter Committee.

Dave is available for lessons at Spring Mill Farm and at horse shows.